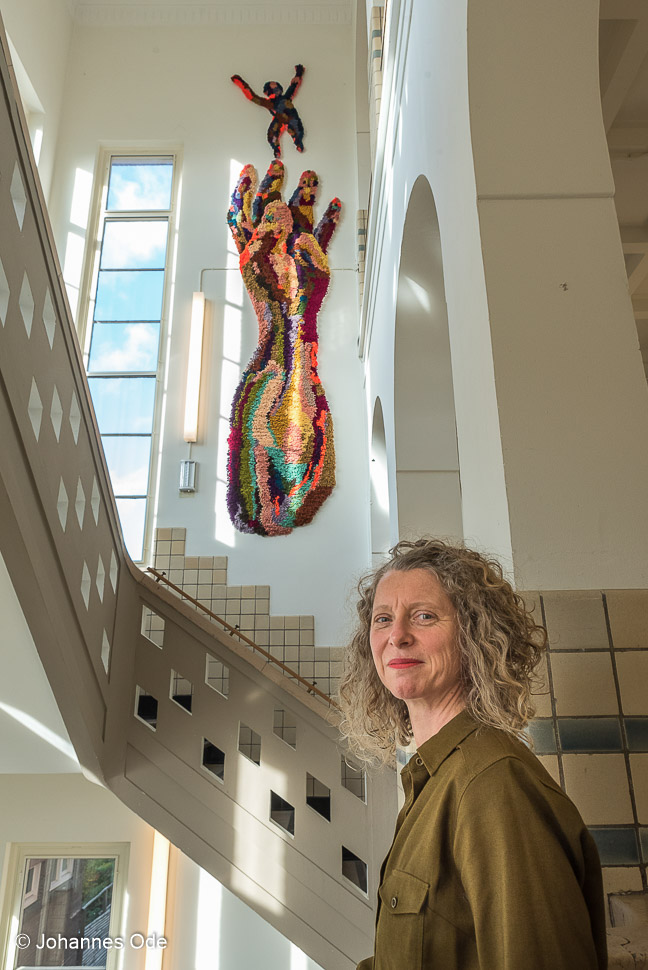 The Rotterdam artist Jolanda Linssen has designed a beautiful tapestry of no less than 5.5 meters high! For the realization, she sought cooperation with Fair Fabrics. The tapestry was recently officially unveiled in primary school IKC De Lis in Rotterdam and was made possible in part by Stichting Droom en Daad. 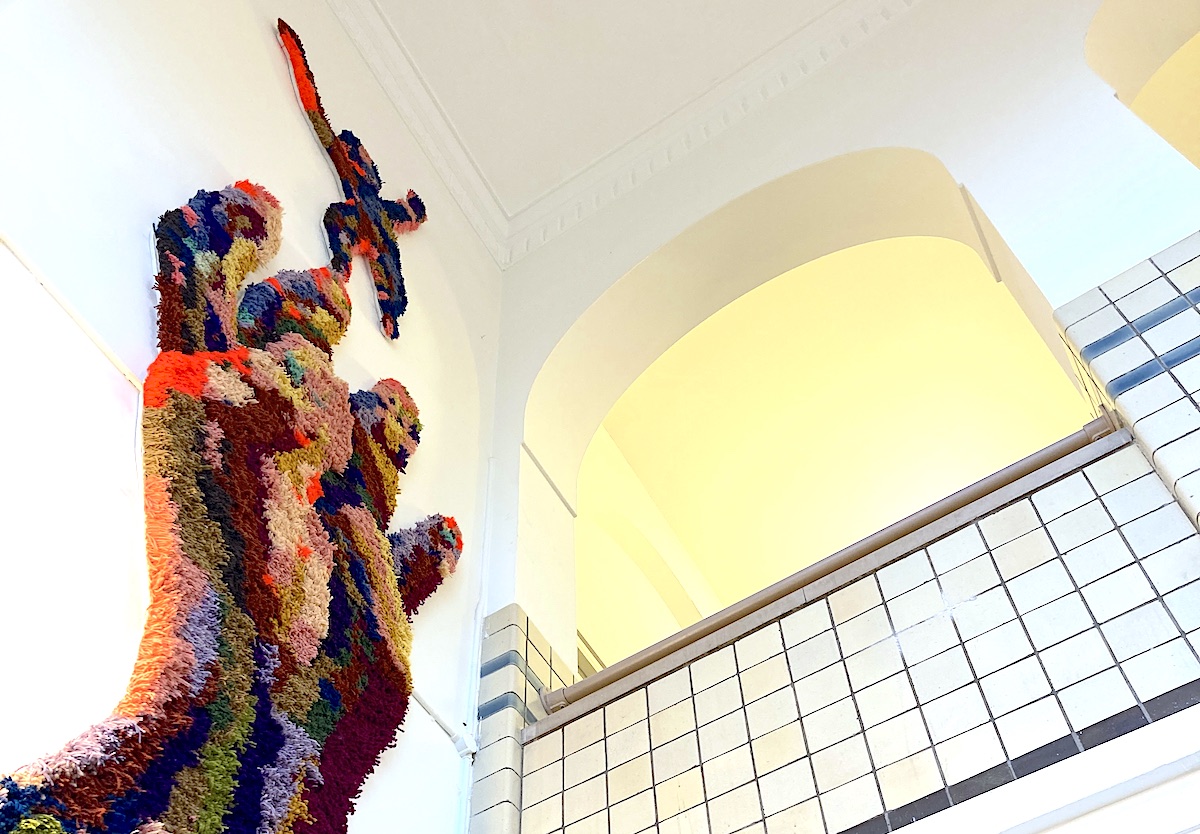 The tapestry is hand-knotted by one of Fair Fabrics’ artisan workshops in central Morocco. At an earlier stage, the weavers worked on a sample rug, so that Jolanda could take the next step in the design process.

Last May, Jolanda and Karin from Fair Fabrics traveled together to the Atlas Mountains to discuss the final design. But also to meet the weavers, to learn more about the weaving craft and the living conditions. Together with the weavers, they also visited the local wool market to coordinate the final colours.

Droom en Daad Foundation opened a quick counter for art projects during the COVID-19 pandemic; the maker’s counter. With this they have encouraged dozens of Rotterdam artists by providing a direct financial boost. One of the makers who received a contribution from the Makers Desk is visual artist Jolanda Linssen.

During the project, a way was also sought to bring the connection between the makers and the end users closer together. For example, the HANDwerk teaching program was recently offered at the De Lis school, in which the craft was central and the children were also extensively acquainted with the weaving craft.

On behalf of Fair Fabrics, Karin introduced the students to social entrepreneurship. Afterwards, the children in the class understood that it is of course not the intention that children in Morocco, for example, weave the carpets and also that adults should not do this from early in the morning until late at night. 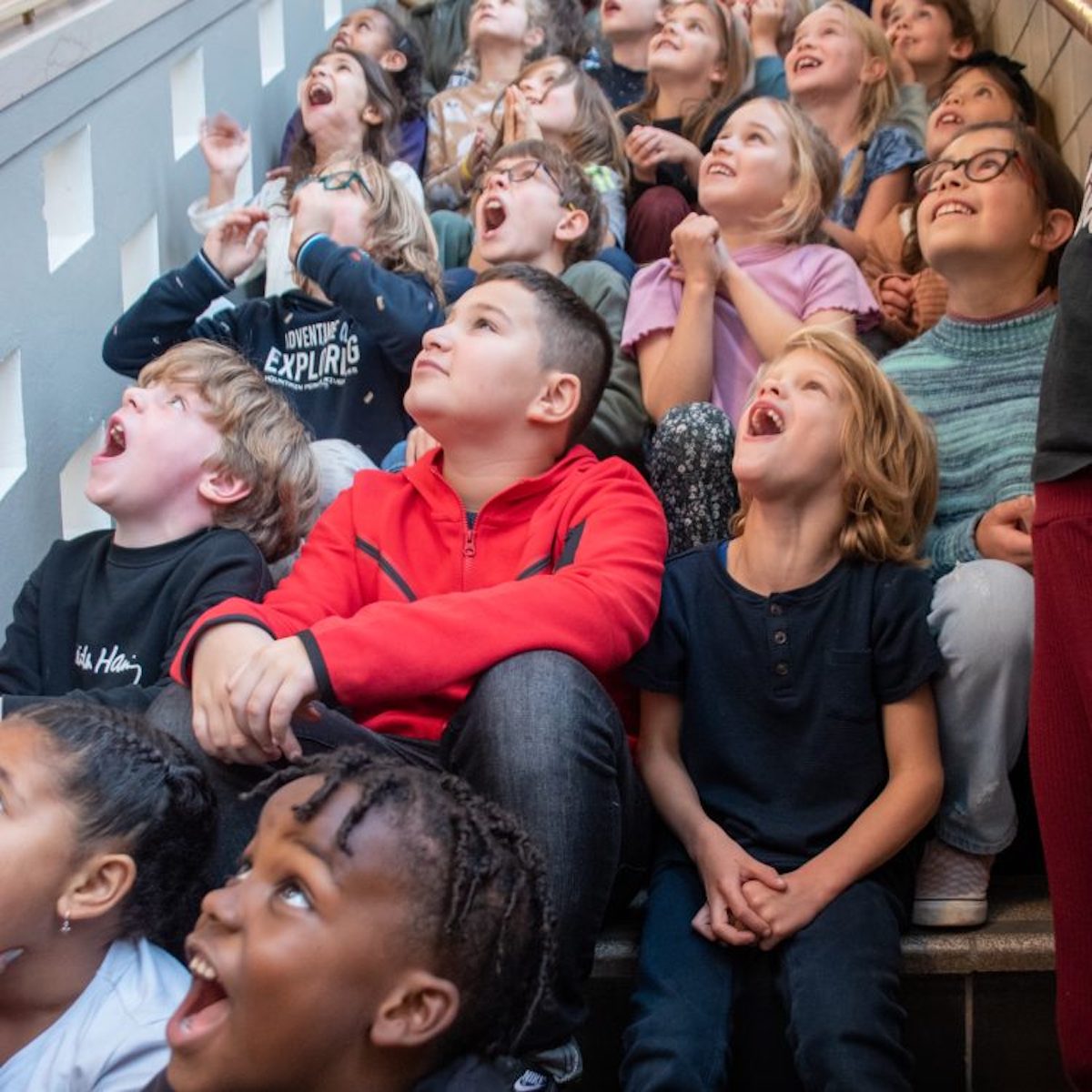 The first reaction of the children of De Lis when the tapestry was unveiled in their school.